Where it all Began

Long story short, I once believed in the Christian God. It was in 2011, I was in a rough spot, and I found comfort and community at a non-denominational church. There was a group of college aged girls that I connected with and we had a "life-group" that got together once a week. They helped me through a lot. Through suicidal ideations, the death of my ex-boyfriend, and general stress from working and going to school.

Since it was a college aged group for young, single women, it shouldn't be any surprise that the group began to grow apart. Some got married, some moved away, and some started their families. Ultimately, the group dispersed.

I consider myself an incredibly logical person and let's be honest, believing in an all powerful, all knowing being that created the earth and mankind is not a very logical thing.

At the point our life-group split up, I was much more stable. I wasn't afraid of myself anymore, I didn't have the overwhelming loneliness I had been feeling. I had also started on my first depression medication so the mixture of having people to go to and drugs that would change the chemical balance of my brain was very helpful.

As I said I am a very logical person, believing is not logical, and therefore, since I was more stable, I walked away. I walked away and I never turned back.

I've been in a rough place the last few months with my depression and anxiety. You might see a pattern in which when I am in my darkest places I begin to question faith, life, and everything in between.

Just over a month ago a new friend showed up, Jake. Jake and I immediately had a fairly deep connection and it didn't take long for us to start having intense conversations about faith, politics, family and life decisions. Jake was also a pastor in his past. He grew up in a faith based family, his dad was also a pastor, he went to a religious college and, aside from roughly two years, has always had a deep belief in God.

Jake showing up was an interesting twist. Again, we immediately had that trusting connection but he also was not afraid to profess his faith. I could ask questions, I could debate, and he welcomed it. He pushed me to think differently, to dig into my feelings, and he shared with me stories that many would call "crazy" or not believe (which I am still on the fence about).

Another interesting twist happened while I was spending Thanksgiving in Manila, Philippines and Shanghai, China. My last day in Manila I decided to head out to Intermuros, an incredibly beautiful area of the city that also has a lot of history and architecture. The Manila Cathedral is in Intermuros and I decided to walk in and check it out. I walked around the cathedral for a bit before sitting down in a pew. As I sat down I had an overwhelming feeling that I was about to start crying. I had no idea why, but I was unable to stop it. I am a very ugly crier so thankfully I didn't have a full on breakdown. I just felt.. something.. and that something came out in tears.

Again, I wasn't in the most stable place.

When I got to Shanghai I went to the Jing'an Temple, a beautiful buddhist temple right in the middle of the city. I walked each square inch, taking it in little by little. It was honestly one of the most beautiful places I had ever been. While I was staring at a sculpture on the wall, someone came up to me and we had the following conversation.

"Are you Deutsch?" (I was asked this three times while in Shanghai)

"You're not allowed to take pictures in here"

"Oh, thank you so much for telling me. I had no idea!" (I had been taking photos the whole time, as had everyone else)

"It's a religious ceremony for us, like when you go to church"

I didn't tell her I don't go to church

She said, "8am-12pm are he only good hours" I thought she meant they were the best times to avoid tourists but it seems like it may be part of the Buddhist practice.

She said, "If you don't believe in something what's the point in living?"

I immediately felt the tears coming. I tried to hold them back. Once she saw them she tried to comfort me which only set me off further.

She handed me 1 Yuan and told me to make a wish. I held it in my hand for a while. She said, "make a wish." But I didn't know what to wish for.

Ultimately, I wished for all three. I don't know if that's cheating.

The remainder of my trip went without any additional spiritual experiences but they both stuck with me. Especially what Maggie said. If I don't believe in anything, what is the point in living?

Arguably, I don't have to believe in a Christian God. I can believe in Buddha, or humankind, or any of the other thousands of options. That's part of the reason I struggle with it so much. With so many options, how can we determine what is really true?

No matter what, I'm on a spiritual journey. 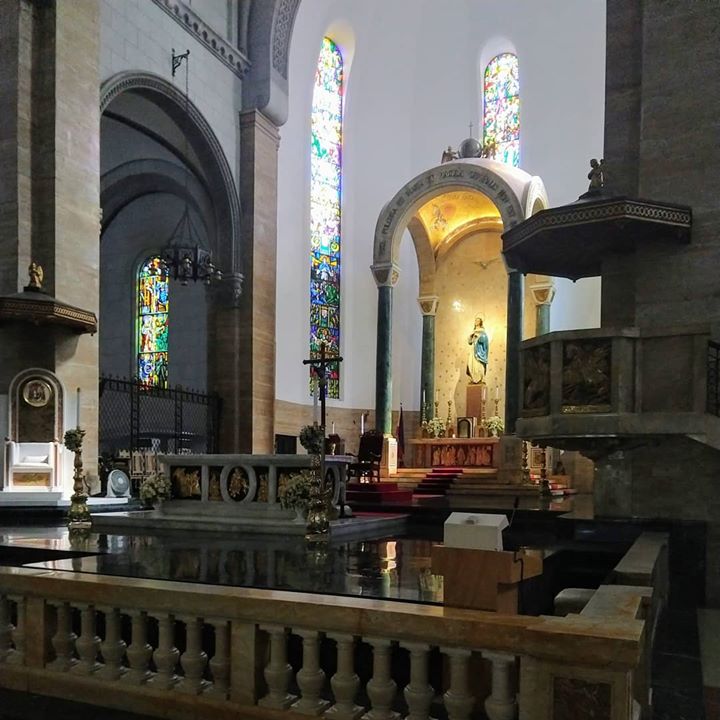 I almost walked out of Church today

4 Songs that are Connecting me to God